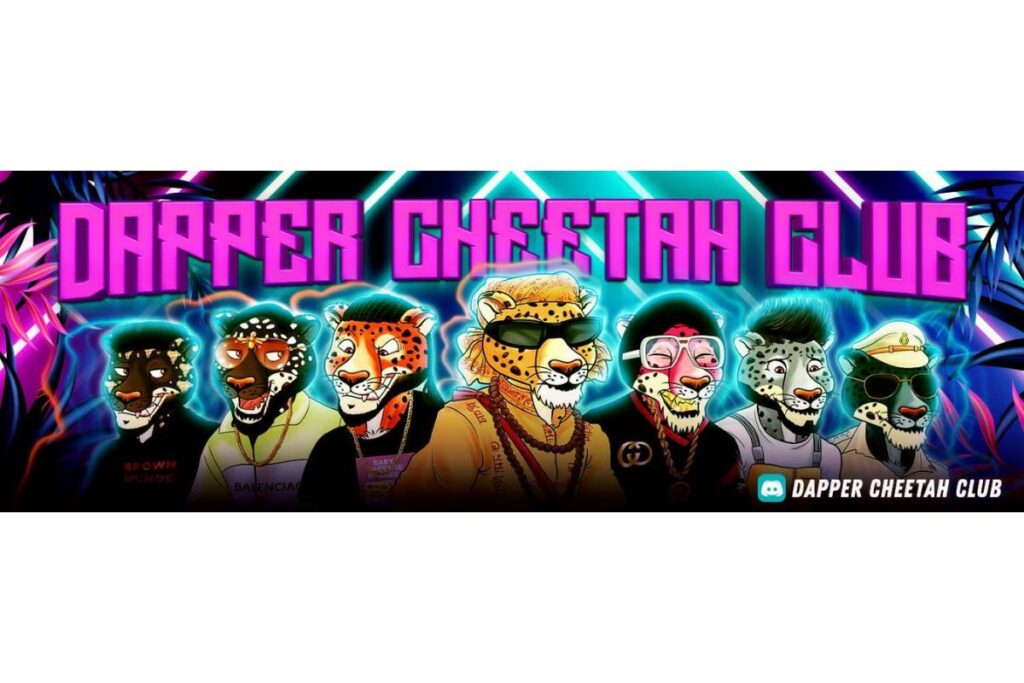 Dapper Cheetah Club has a one-of-its-kind collection of 10,000 Cheetah NFTs on the Metaverse or the digital space.

The highly anticipated tokens were launched and were fully indulged by enthusiasts, investors and traders alike. Dapper Cheetah Club proposes a new digital world that’s user-friendly and welcoming for every user.

First revealed in June, the Dapper Cheetah Club has gained a lot of public interest. To reward its community investors, the brand will soon launch Phase 2, which will be a part of the broader collection. While the first set of NFT collections was opened for the private mint with only 200 NFTs, the Club said that the future phases will be available for the public mint with the remaining 9800 NFTs.

The launch of the collection will be done in 5 phases. The Phase 1 collection went for bidding on 29th June on OpenSea and has been sold at the price of 0.03 Ethereum.

Carrying the torch for NFTs in India, the Club would be hosting an event in the Metaverse for its holders and various influential figures to show the capabilities of the Metaverse and to make it accessible to all, thus becoming India’s first NFT of such kind.

After Phase 2, as part of the roadmap and to celebrate its success the Club is also planning to bring ‘India’s first NFT WEEK’. The entire event would be carried out to expose India to the technology of the future and to bring Metaverse to India. The three-day event will feature speakers from the NFT sector who will discuss blockchain technology through seminars, panels, pitch contests, creative installations, experiential art, and music. The event would also be attended by well-known bloggers, influencers, YouTubers, renowned DJs, and a slew of other A-listers.

This would help to bring people closer to each other and get their best Metaverse experience in India. The Dapper cheetah club will also explain what is an NFT and the perks of investing in it.

In addition, the NFT Club will also be organizing a variety of seminars on Twitter, talk shows, and charity events in the Dapper Space to raise awareness about Cheetahs and their conservation.

During the final phase, the Club will conduct a community survey to get a fair assessment of users’ experience in the Dapper Space and make the required modifications depending on the requirements of the community.

With a passion to commence change, Dapper Cheetah Club would be playing an active role in saving endangered Cheetahs & increasing their numbers in India. The Club would contribute 7.5% of its profits to the Wildlife Trust of India (WTI).

The Dapper Cheetah is said to be India’s best token which grants access to an exclusive community and perks like continuous rise in floor price, a monthly passive income, and a community-based roadmap along with endless utilities.

The club allows people to buy and trade NFT in virtual collectibles. NFTs which are used to represent ownership of digital goods like images, videos, or songs, are rapidly gaining in popularity among artists, singers and sportspersons.

Pertinent to mention that each Dapper Cheetah NFT has been created using an algorithm based on 250+ distinct features. Each NFT is divided into stages with varying levels of rarity. Cheetahs are kept securely on the Ethereum blockchain as ERC-721 tokens on the IPFS server.

Making Their Dreams a Reality

Making Their Dreams a Reality