Trailer launch of the film Ajay Wardhan, the film will be released on December 16 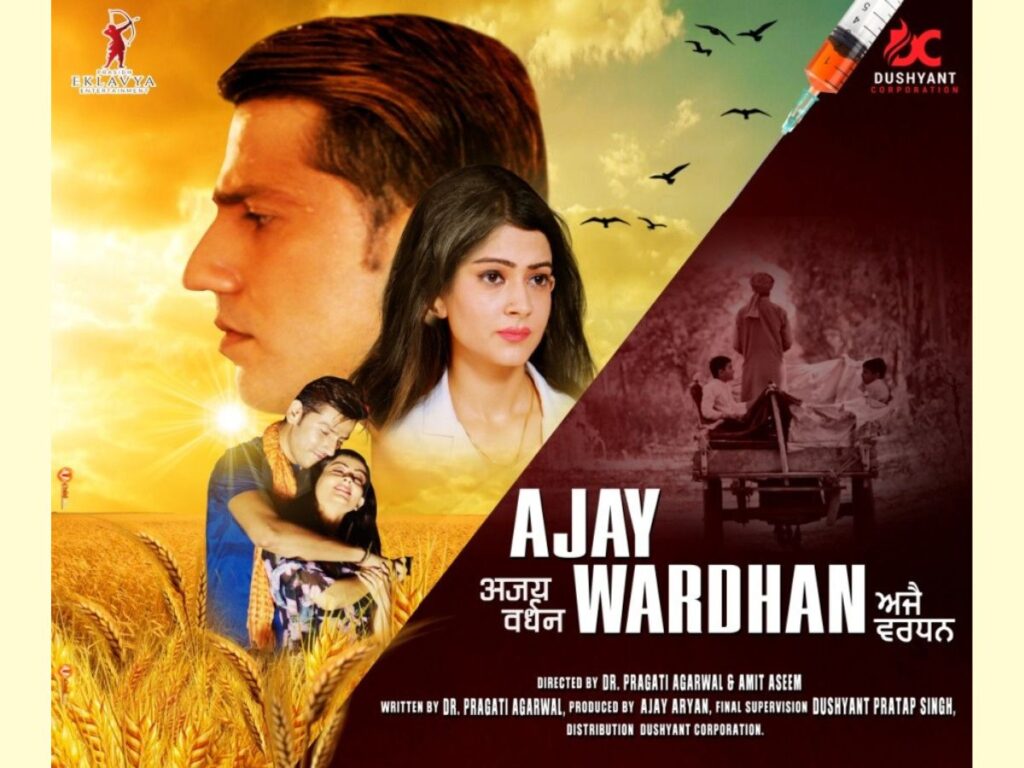 Let’s tell you that the story of the film Ajay Wardhan is based on the biography of Chandigarh’s famous dental surgeon Dr Ajay Aryan. Ajay Wardhan movie is directed by Dr Pragati Agarwal & Amit Aseem. The film’s supervision and 3 songs have been directed by famous Bollywood director Dushyant Pratap Singh.The film is produced under the banner of Prasidh Eklavaya Entertainment.

The distribution and marketing of the film will be done by Dushyant Corporation. Dushyant Pratap Singh told that the film will be released in Indian cinemas on December 16. In this sequence, Sri Lankan actress Rashiprabha Sandeepani is going to make her Bollywood debut through the film.

The director of the film, Dr Pragati Agarwal told the media that “Ajay Wardhan is not just a film but it is the story of a common man. The spirit of achieving his goal in spite of adversity will instill confidence in people.”

Dr. Ajay Aryan Said that his childhood passed through very difficult paths. His father died when Dr Ajay was only 8-9 years old. In such a situation, due to the conditions of the family, he did many things from grazing sheep and goats to doing small jobs in the shops of the village.

During the media interview, Dr Pragati Agarwal said that the production of the film Ajay Wardhan was the most challenging task of her life. From the script of the film to the technical details, she worked hard with the entire team. Doctor Pragati told that along with the inspirational story of the film, full package of entertainment will also be available. She sincerely hopes that the audience will like this film very much.

The passion and artistry of Shailesh Ghanchi in the world of Rajasthan.